In the Community: U of T Experts Dish on Nutrition and Child Health

Researchers from the Joannah & Brian Lawson Centre for Child Nutrition shared their knowledge with University of Toronto alumni and friends last week at a community event in North Toronto.

The panel discussion on feeding children well in Canada drew over 100 people, who heard about the link between breastfeeding and a reduced risk for obesity, how patients are working with researchers to design better studies and what legislation can do to improve child diets and health, among other topics.

Panelists drew on their research, clinical and policy experience to offer answers on several questions from the audience, such as why childhood food allergies seem to be rising, whether vegetarian diets are good for children, what’s new in Canada’s food guide and what can be done about environmental contamination of food.

“I thought it was a highly interactive discussion, and my hope is that the audience found it useful as well as interesting,” said Professor Daniel Sellen, director of the Lawson Centre who moderated the event. “Knowledge translation is a key goal for the Lawson Centre and an essential tool for cutting through the clutter and misinformation that often surround young families trying to feed their children a healthy diet.”

Professor of paediatrics Sharon Unger and recent doctoral graduate Megan McGee spoke about the value of donor breast milk for pre-term infants. About 1,500 babies are born with a low birth weight in Ontario yearly, and over two-thirds cannot access a full supply of their mothers’ milk. 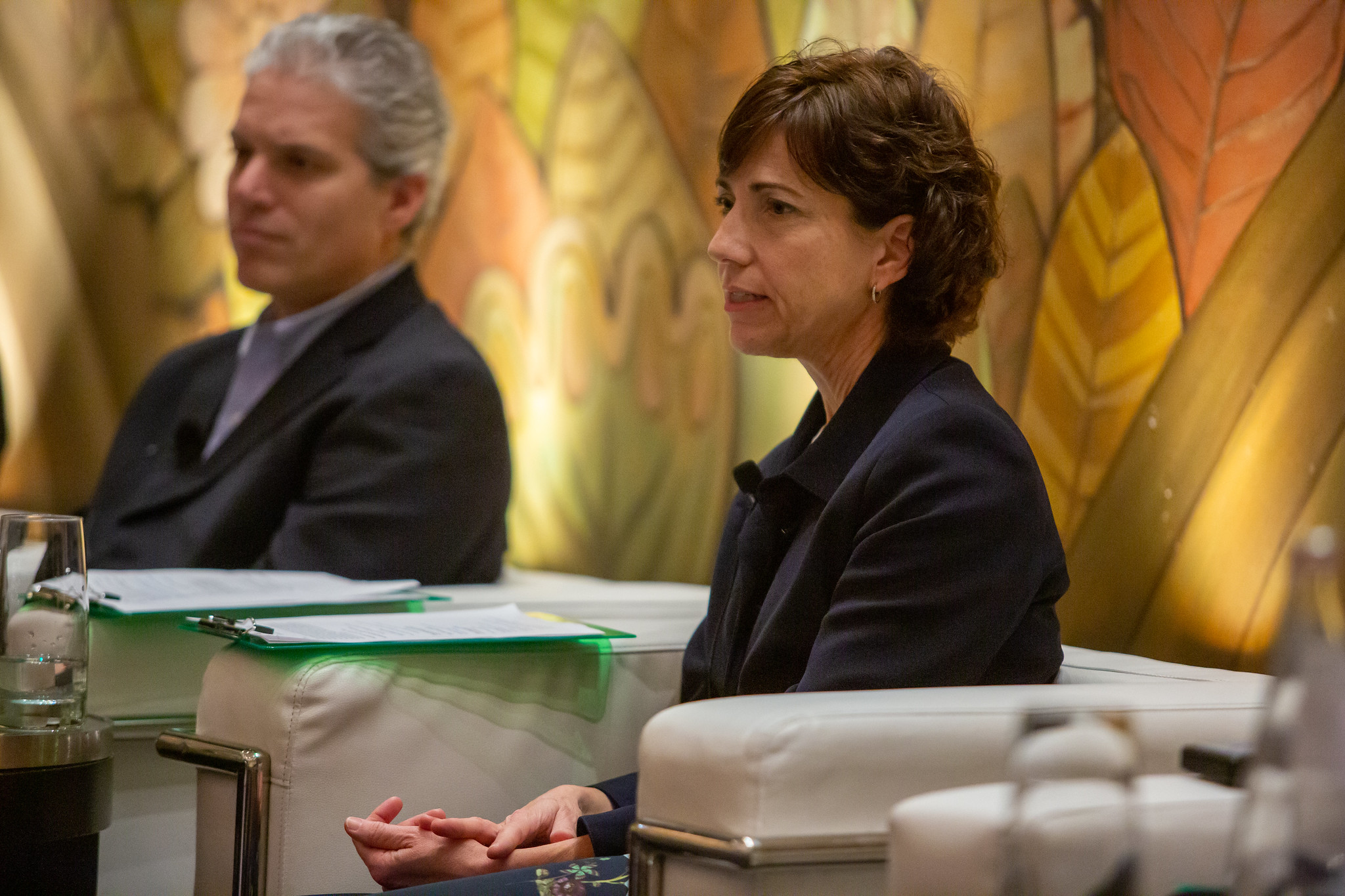 Unger is the medical director of the Rogers Hixon Ontario Human Milk Bank at Sinai Health System, which processes about 150 litres of donor milk weekly for dozens of intensive care units. She outlined the history of milk donation in Ontario, which began over 100 years ago, disappeared during the HIV/AIDS crisis in 1980s and returned only recently in part because research showed it was safe and good for babies’ health.

Supply is always a major concern, Unger said, but another challenge and opportunity is how to better preserve the vital qualities of breast milk. “The processes we use to make human milk safe are very old and they alter its nutrient profile,” Unger said. “I think the next decade will be really exciting in terms of how we feed our sick babies.”

Unger is working with Professor Deborah O’Connor and other scientists at the Lawson Centre on new techniques to process human milk that better preserve its beneficial properties.

Professor Mary L’Abbé spoke about the importance of healthy food environments, which enable families to make better choices about what they eat. “We’ve seen a real shift over the last 15 years, with less onus on consumers to make healthier choices easier for them,” said L’Abbe, a scientist at the Lawson Centre and a Professor of Nutritional Sciences at U of T.

L’ Abbe said that healthier food environments often require policy action and legislation, and she cited the ban of trans fats and the establishment of sodium thresholds as positive examples. At the same, she noted that most companies haven’t met the sodium targets, and that two key pieces of federal legislation are stalled. 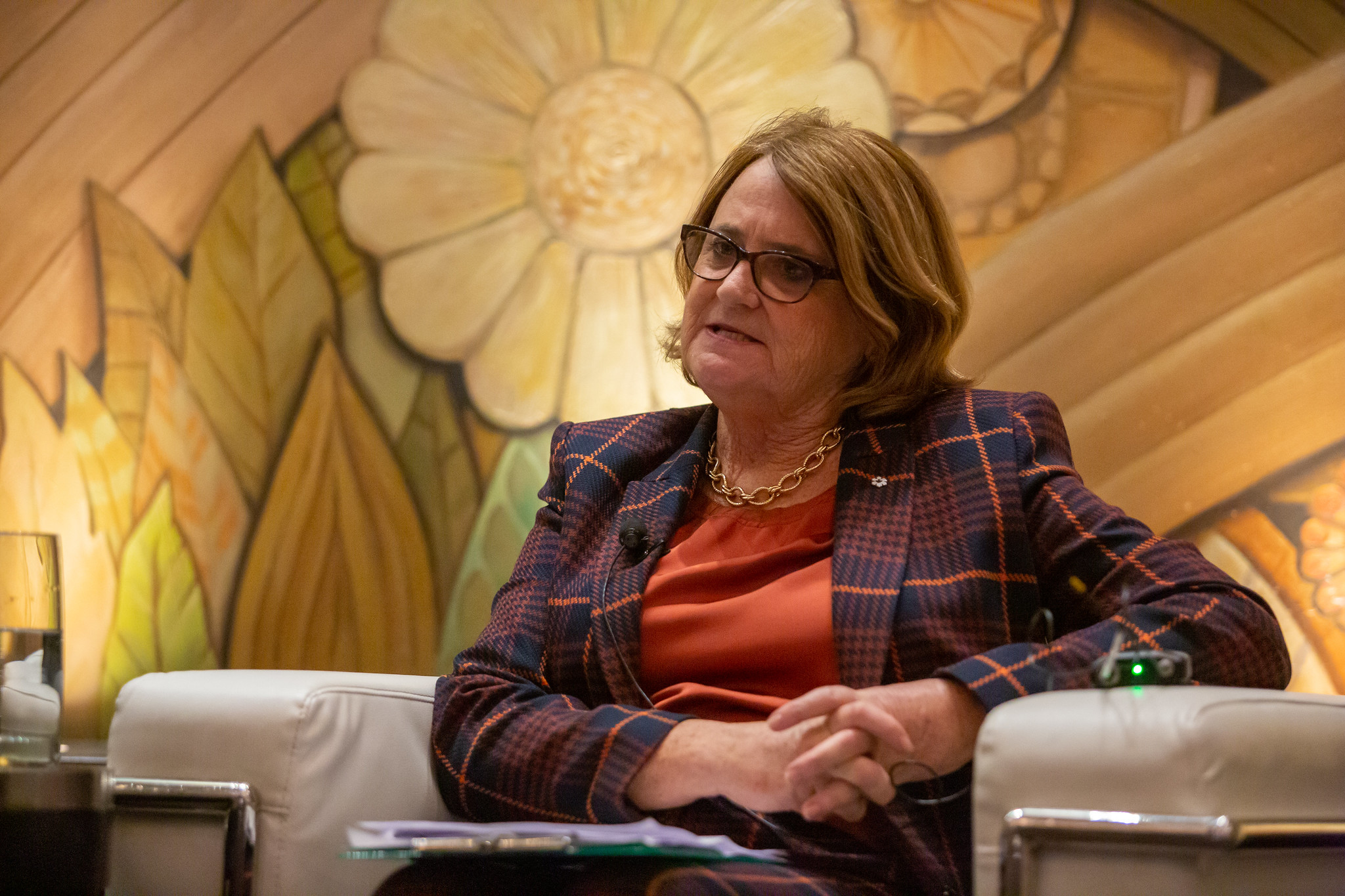 The Child Health Protection Act would limit the marketing of unhealthy foods to children, and a new front-of-pack food labelling system that quickly conveys health and nutrition information graphically — versions of which several countries have adopted — could make shopping quickly for nutritious food simpler.

University of Toronto alumna Maggie O’Connor attended the event, in part to learn about approaches that would help her volunteer work as co-chair of the nutrition committee at her daughter Aisling’s school.

Aisling is six years old and attends Kapapamahchakwew - Wandering Spirit School on Toronto’s east side. The school recently revamped its nutrition program so that volunteers create meals from fresh, whole foods, guided by Elder Pauline Shirt and based on the 13 moons Indigenous calendar.

Children at the school are of Anishinaabe ancestry and other backgrounds, and include a large population living with diabetes.

O’Connor, a fine art history graduate who is not Indigenous, said the discussions on food environments resonated with her. “Families are busy and in many cases have lost the generational knowledge about food that our ancestors took for granted. That includes how to prepare food and cook.”

A big challenge at the school, O’ Connor said, is finding holistic recipes that the volunteers are able to follow — as is conveying the value of that food to teachers and parents, while preparing four meals a day for 200 kids.

O’Connor spoke with Sellen after the event, who offered suggestions on local organizations that might work with the Kapapamahchakwew nutrition program, including the Toronto Foundation and the Waakebiness-Bryce Institute for Indigenous Health at the Dalla Lana School of Public Health.

As for Aisling, who is in her third year at the school, O’Connor said she is doing well. “She has adapted to the nutrition program, but like many children she often needs encouragement to explore new foods. And she loves the school.”

View a Flickr photo album of the event here.